Since Salman Khan Rashid lost his job as a golf coach at a Mumbai sports club during the pandemic, he’s been rationing food and some days eats only one meal. Yet he considers himself one of the “lucky” ones.

Although he doesn’t have much, he gives food and money to the people he sees begging on the streets. “I believe in giving to people who have nothing and are destitute,” he says.

That kind of generosity can be found in many of the individuals and families who we profiled in our special report, “The New Faces of Pandemic Food Insecurity: Hungry, Worried … Yet Generous.” Although they have been struggling to put food on the table as a result of the pandemic, their desire to help others has not waned – and they’re still finding ways to share what they have with others.

Read the stories below — and read more stories about food insecurity in the pandemic here. — Malaka Gharib 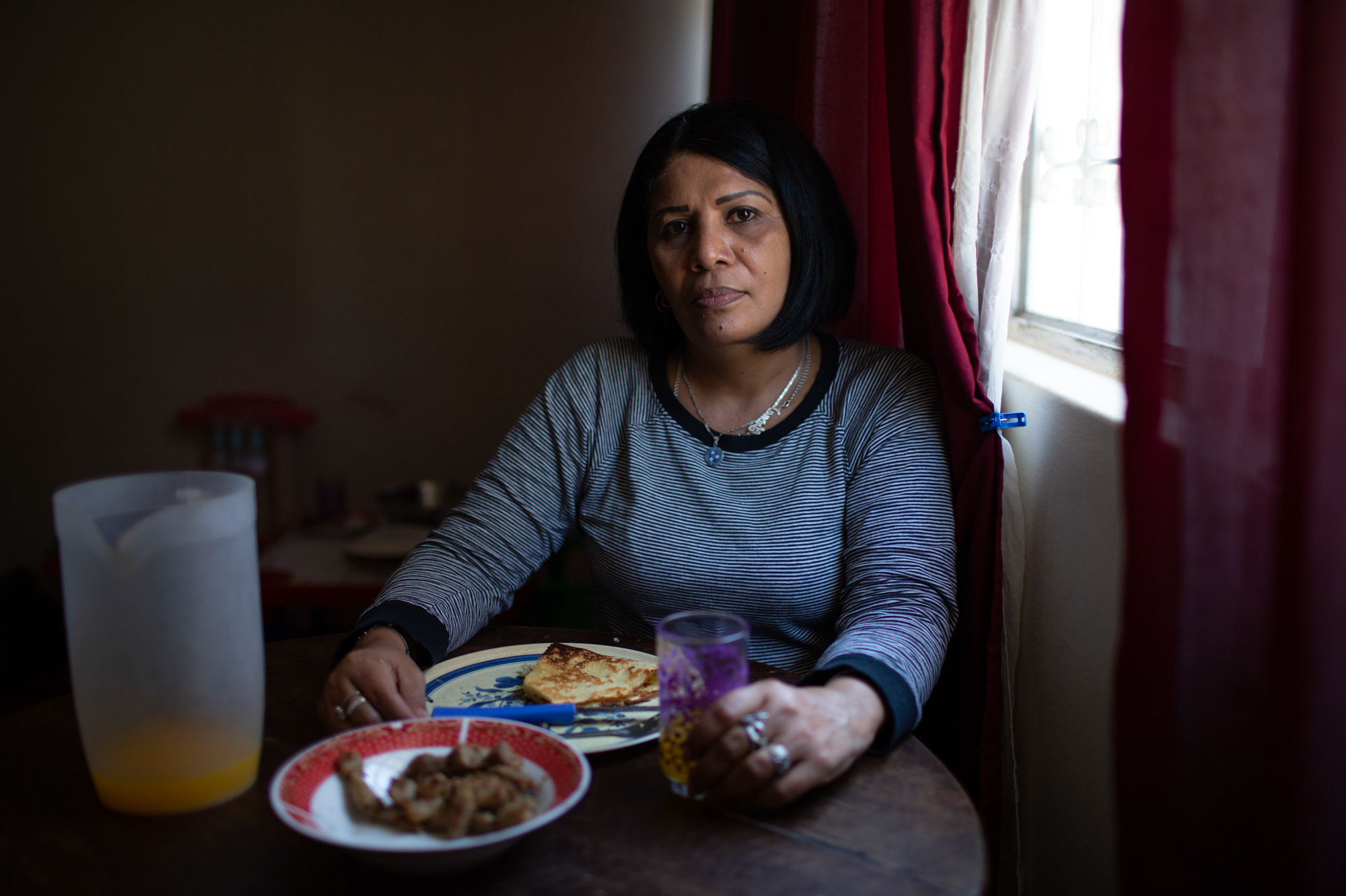 Giving money or food to children brings her strength

When Yroné Camelia Araujo Barreto, 50, sees someone begging in the street, she tries to give what she can — even though she can barely make ends meet as a housecleaner.

“Maybe I don’t give them money but I buy them a little bit of bread, an ice cream for a child. I give them a positive gesture so they can go on, so they can fight — and that strengthens me a lot,” she says.

It’s been a tough year for Barreto. Many of her cleaning jobs have dried up because of the economic stresses of the pandemic. Her onetime clients are often out of work and now clean for themselves, she says. She considered selling bags of candy and fruit to cars stopped at traffic lights, but without health insurance, she doesn’t want to risk a COVID-19 infection.

This wasn’t the life she planned when she left Venezuela. Barreto came to Ecuador in 2019 to escape her homeland’s dire economic situation. She says in Venezuela, she had no money to eat, take the bus or get medicine. At least in Quito she could find work, although without a work visa, she is not legally allowed to work in her profession — a teacher specializing in early education — or any other formal position.

Barreto lives with her son, his wife and their two children, ages 8 and 4. No one in the house eats breakfast anymore, she says. “We eat lunch at 1 p.m.” and a late dinner at 8 or 9 p.m. so the kids can “hold on until their next meal,” says Barreto. 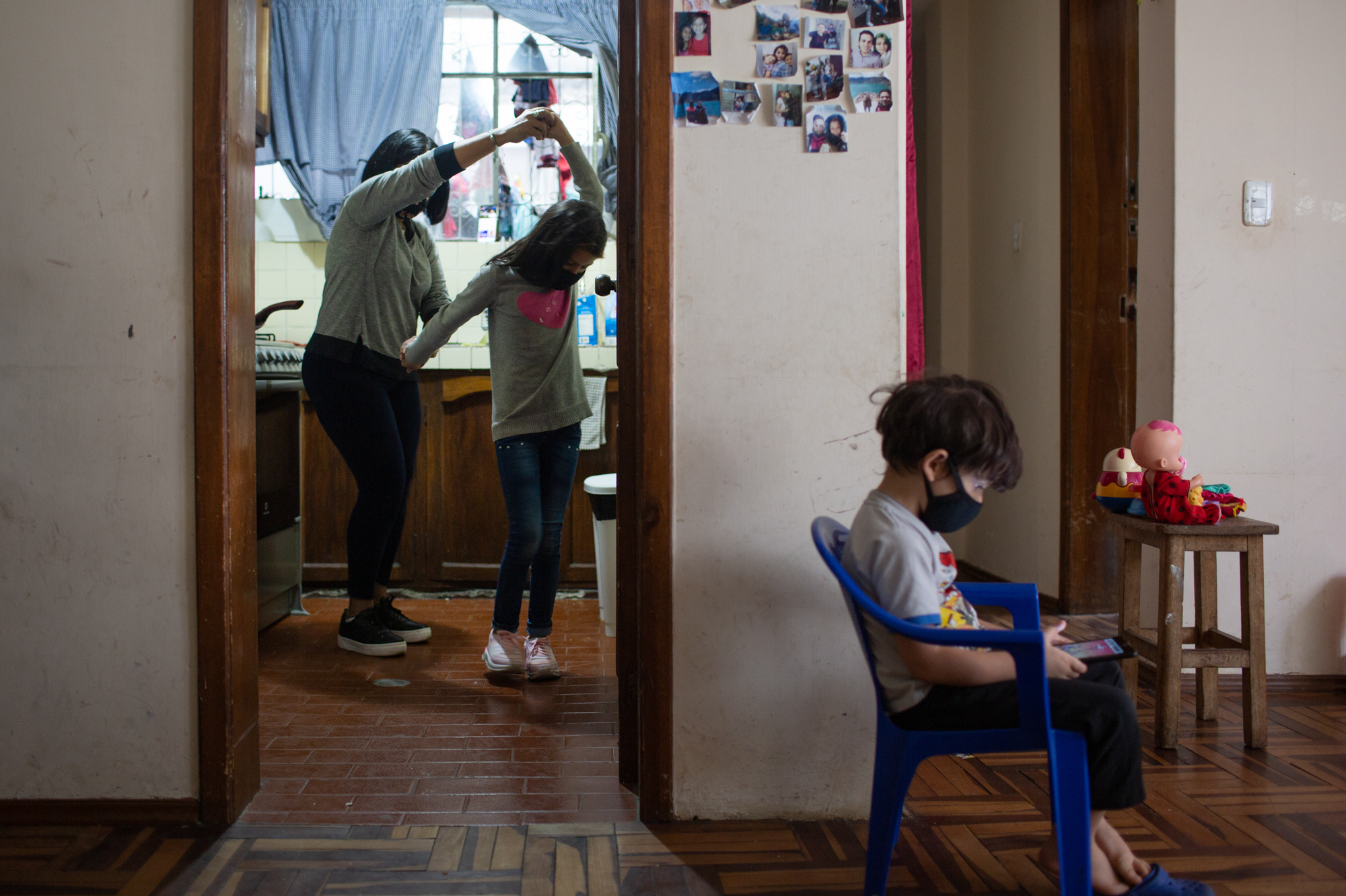 It distresses her to hear “their tummies’ sound” in the morning, she adds, so she tells her grandchildren that lunch is cooking and will be ready soon. 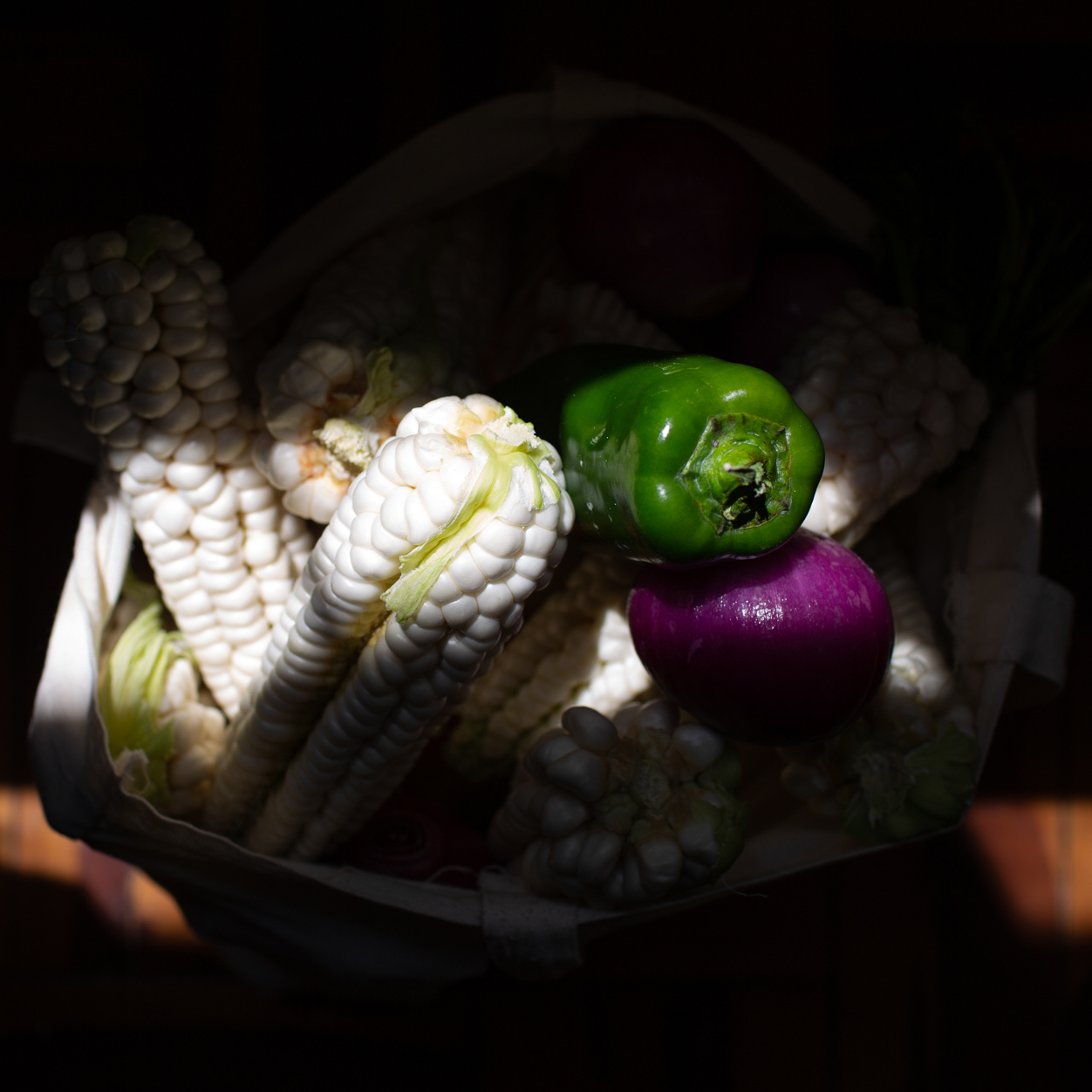 She says she is saddened by her plight. But she is trying to be brave. “Every day I have to show my best face, be happy,” she says. “I have family far away. They cannot see me down. They cannot see that I left my country because I had nothing — and now I am in another country and I have nothing.” 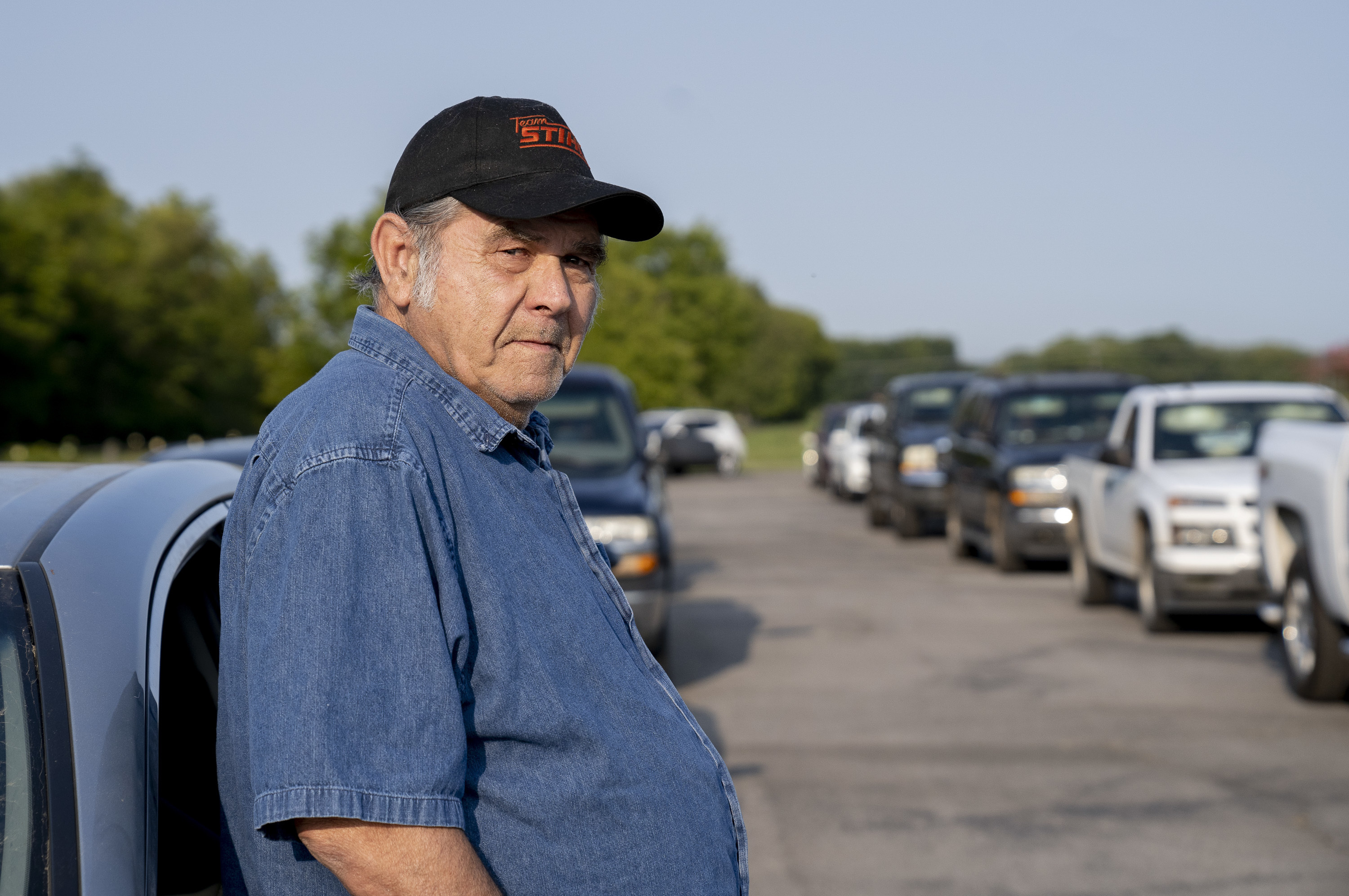 For the second time during the pandemic, Lloyd Abshier, 70, is lining up at a food pantry giveaway to supplement his family’s food supply. The first time he tried, the pantry ran out before his turn.

It’s a new experience for Abshier.

A decade ago, he says he had a “good job” as a truck driver, bragging that he “made it to every state you can drive a truck to.” Health issues forced him to retire. And his wife is ill and isn’t working currently.

His family’s main source of income is now his Social Security check. That worked out OK until the pandemic hit – and food and gas prices began to rise, he says.

For this reason, Abshier says he has less money to spend — and he’s had to ration his budget. He’s had to cut the family’s grocery purchases by 40% to keep the electricity on in their trailer home. “We’ve got the light bill,” he says. And he just called his cable TV provider to cut the service. “We just cannot afford it.”

Abshier and his family have not changed their eating habits too much over the past few months, he says. But they’ve definitely been eating a lot more ramen noodles because the prices of food at his usual grocery stores have become “outrageous,” he adds – especially the price of meat. 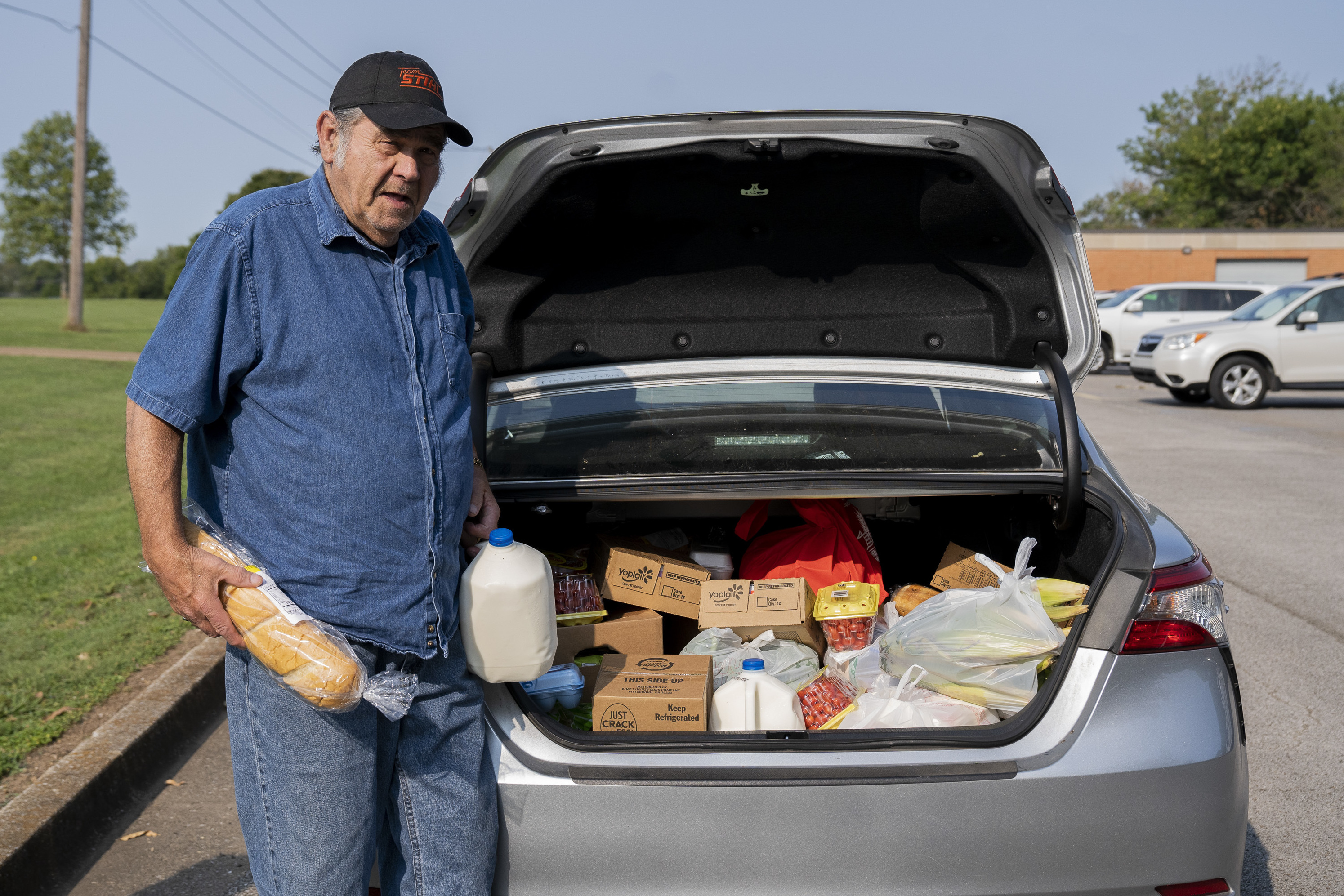 Things are looking up for Abshier on this Saturday in early September at a drive-through food bank event. There are about 400 cars in line, and with 34,500 pounds of food available, it appears that everyone will be served. Abshier says he isn’t picky when it comes to what they give him. “I don’t really know what they got and don’t care what they got. Any little bit helps.”

Waiting in line, Abshier shares how upsetting it is for him to see other people struggling. A few weeks ago, he was at Walmart and he saw an elderly man pushing a lawnmower with a sign saying “I need help.” Abshier asked him what kind of help he needed. “Any kind of help I can get,” the man responded. 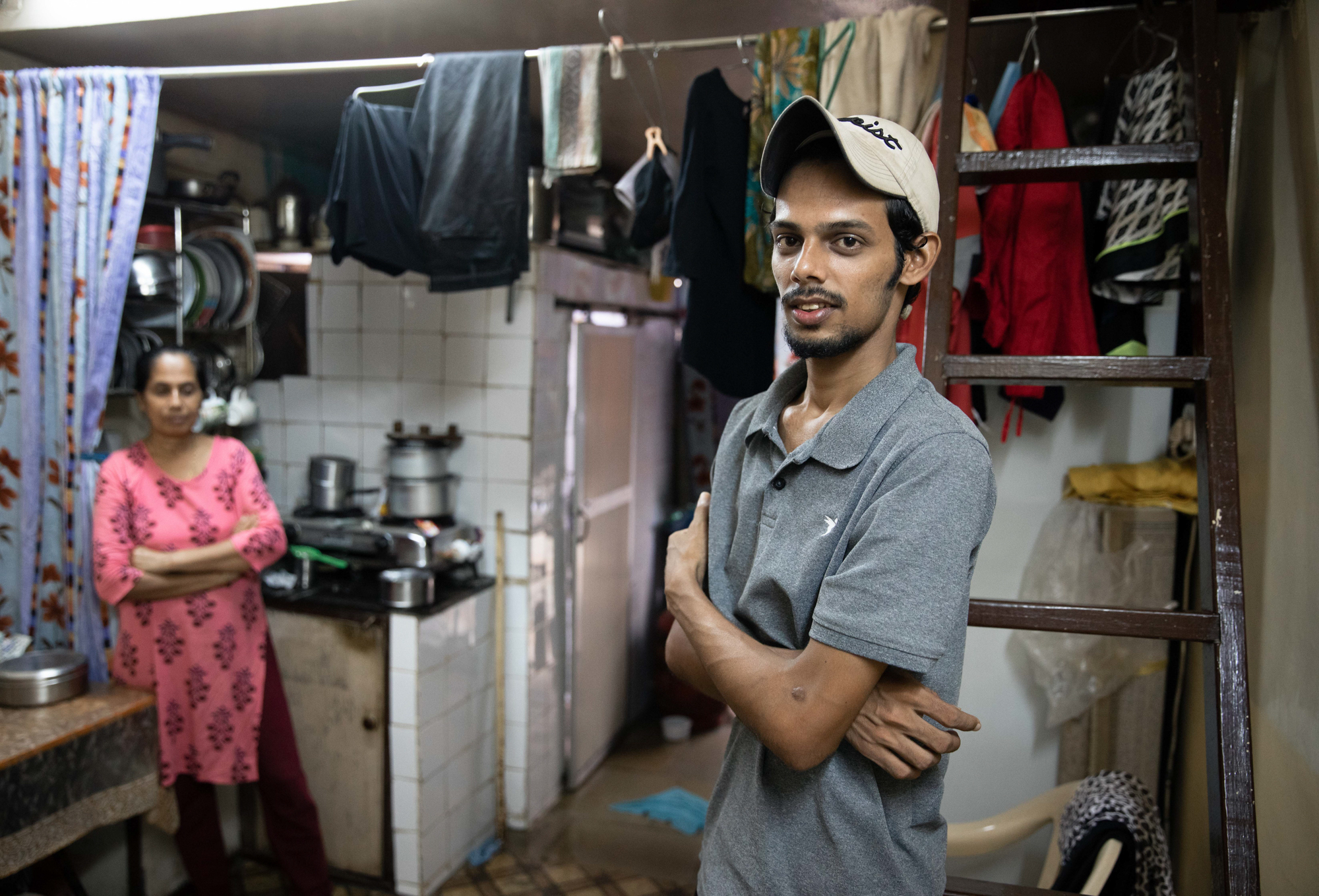 He rations his food — but still gives to others

Aloo bhaji, a potato dish, is Salman Khan Rashid’s comfort food. “[The potato] has been the one vegetable I was eating before the pandemic that I am eating now as well — perhaps in a smaller quantity, but the preparation is still the same. It gives me some feeling of normalcy.”

Rashid, 24, lives with his mother and three older sisters in their 20s. When the city shut down due to the coronavirus, he and his sisters all lost their jobs. Rashid was working as a golf coach at a Mumbai sports club, and his sisters worked at a bank, at a car dealership and as a tutor. The family is now surviving on savings.

Rashid says for now, everyone at home is rationing the food they eat. They’re not sure how much longer they will be unemployed. It might even be another year, he says. He’s worried what will happen if another COVID-19 surge hits India. 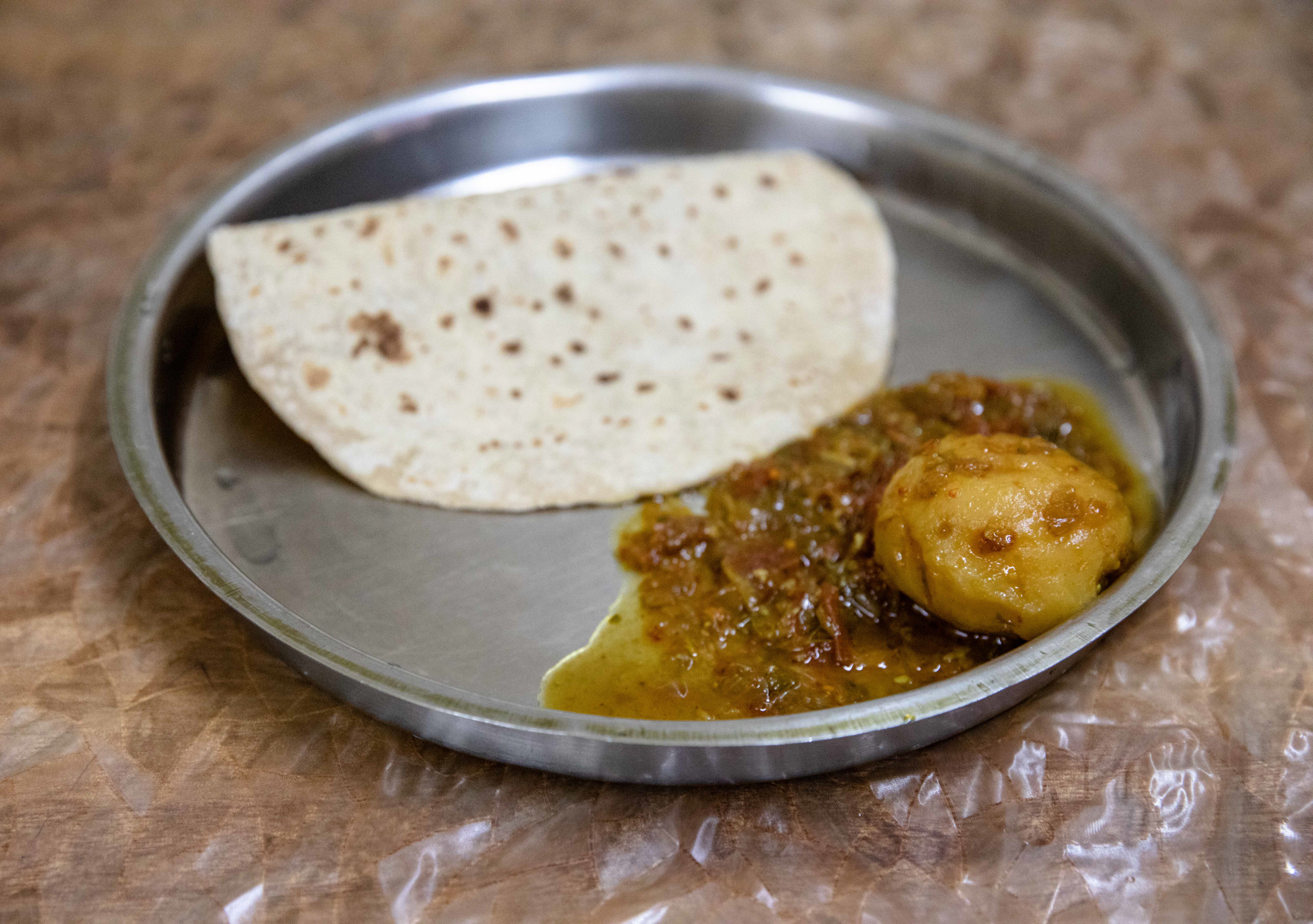 “I try to save leftovers from lunch so I can eat that for dinner. If there aren’t any, then I eat one egg,” he says, his go-to cheap and filling food. On a recent day, his diet included a cup of tea and roti, Indian bread, for breakfast; roti with aloo bhaji for lunch; and a boiled egg for dinner. The family members go to bed hungry much of the time, he says. 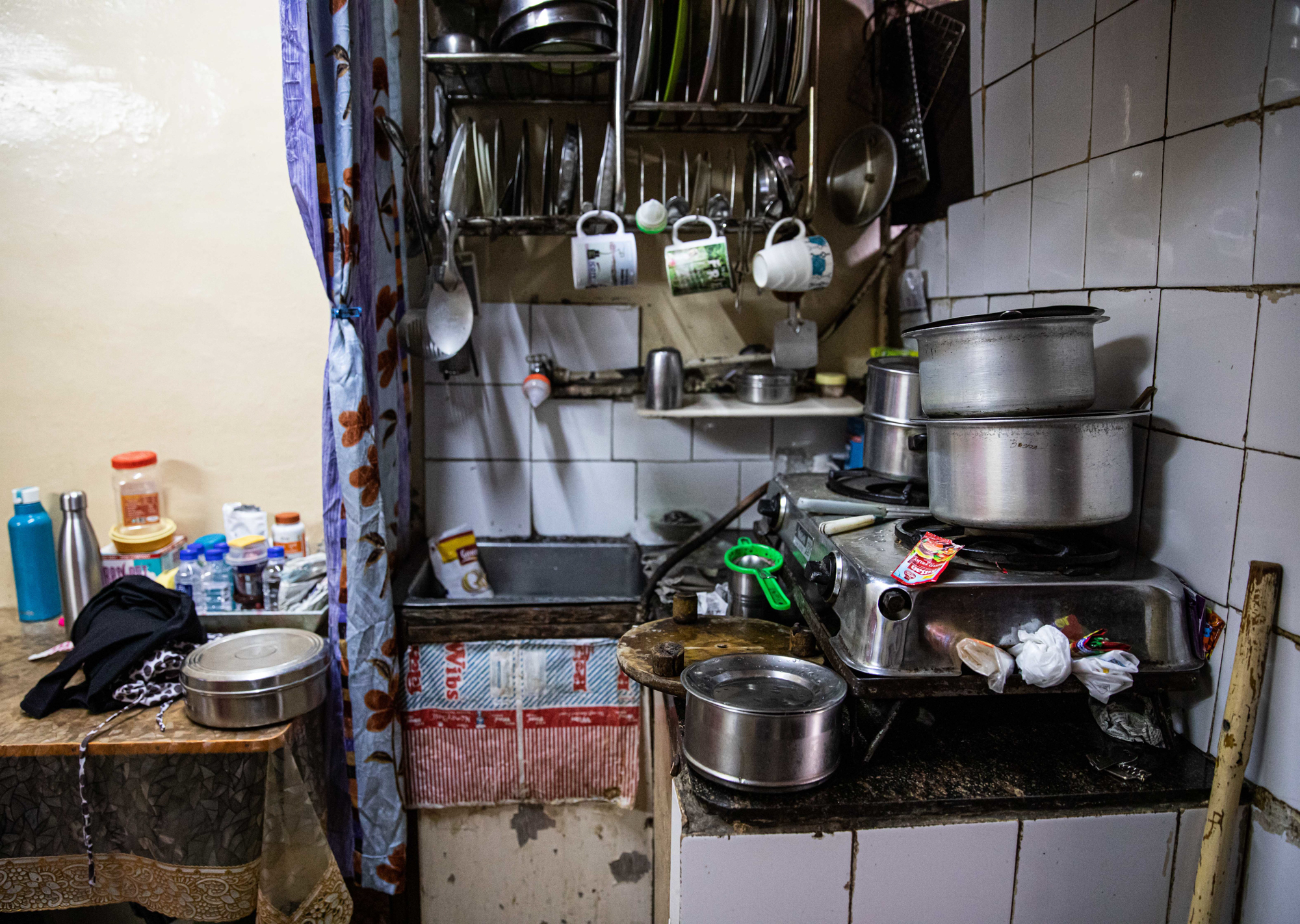 Despite Rashid’s increasingly dire situation, he recognizes his family is lucky. “Even with the little I have, I believe in giving to people who have nothing and are destitute,” he says. And when he is able, he gives a little food or a bit of money to people in need.

Photos and reporting by Viraj Nayar

Let us know what you think of this story. Email [email protected] with your feedback with the subject line “Food Insecurity.”